Nicolle is a proud & active member of the Playwrights Guild of Canada. She has served on the National Board for PGC as a National Representative for Vancouver Island and Gulf Islands since 2016. From 2008- 2012, she served as Deputy Chair to the Womens’ Caucus to both playwrights, Tara Goldstein and Marcia Johnson, as Chairs. 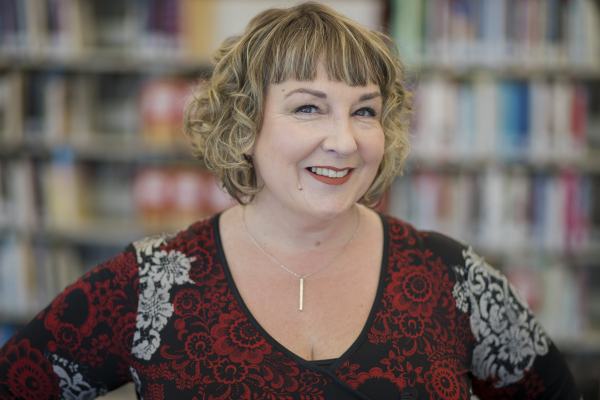 She has also served as a Juror for the 2008 Theatre BC’s National Playwrighting Competition and the Stage West Pechet Family Comedy Award in 2015.

Nicolle has also written for radio/film & tv having adapted her first solo show into a CBC radio pilot series(1999), Boldly going where no Brownie has gone before, an award winning short film, Brownie Points directed by Nathan Garfinkel which garnered Best Short Comedy at the 2003 Magnolia Independent Film Festival in New Orleans as well as Best Short Film at the Vancouver Island Film Festival. Nicolle also adapting her comedy duo, The Drama Queens for tv in a comedy series, She Kills Me (APTN-TV).

Nicolle is currently developing a new play, (working title) Suddenly 50 and is looking forward to heading back to one of her favourite places to write, the Sunset Theatre. She is excited to be a part of the 2020 Exploration Series. This will be Nicolle’s second residency, having taken part in a Dramaturgy Exchange Project in 2018 working with playwright/actor, Danette Boucher.

Sunset Theatre is located in the heart of Caribou country, Wells BC and is one of Nicolle’s favourite places to write from.

Writing residency by Day   – Wells, BC

Writing residency by Night   – Wells, BC